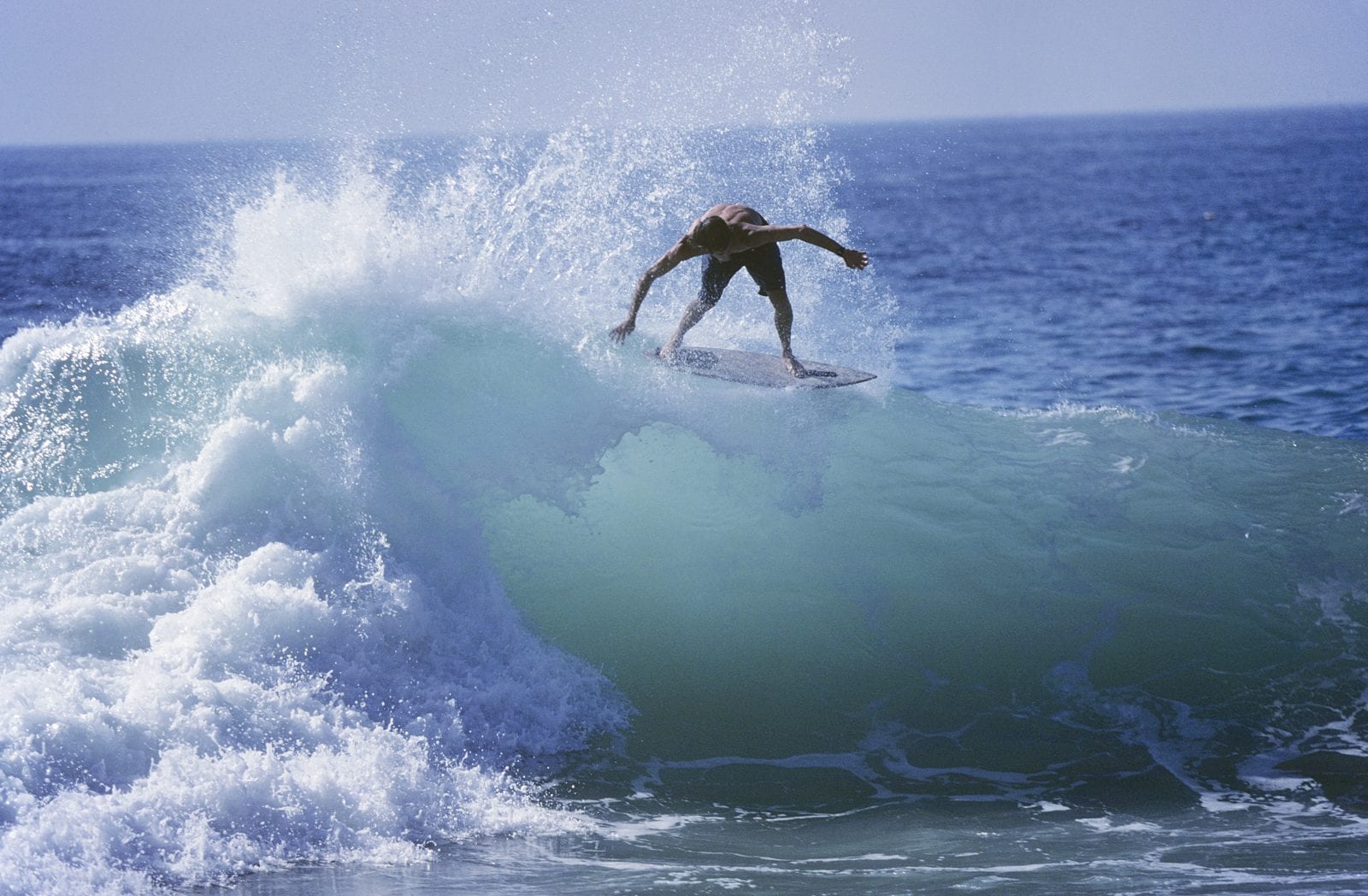 There’s a distinct language spoken by the creatures that take to the sea and we don’t mean the Bottleneck dolphins, the Blue Whales or even the seals that bark emphatically by the harbor. We mean that unique dialect known affectionately as surf-speak, spoken by any and all who prefer wetsuits over real suits, chasing a wave over chasing the dream—though maybe the two are the same—and the calm of the ocean over the chaos of the world beyond the break. 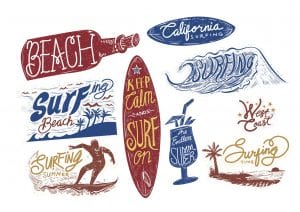 If you’ve ever wanted to hang ten with the best of ‘em, we’ve got the 20 essential terms you should probably drop into your next conversation before you drop in on your next wave. Just don’t drop in on someone else’s wave. You know what we mean, brah?

Definition: To surf a wave with proficiency, skill and a little bit of flash.

Example:”What! Did you see that dude shred out there? He was killin’ it!”

Definition: This term usually refers to a surfer who is under 15 years of age. “Grom” is a shortened version of “grommet” (also known as a “gremmie”) and is most often used when a surfer is young and ridiculously good at carving up the waves. However, there is also a more derogatory way grom can be applied to describe any irritating, insolent young surfer who simply can’t respect the pecking order of a well-established surf spot.

Example: “Check out the little grom getting perfect barrels out there!” Or, more negatively: “That grom needs learn some respect before dropping in on my wave.”

Definition: You’ve probably heard this term from the 1991 Keanu Reeves/Patrick Swayze iconic surf movie of the same name (or maybe from the ill-fated 2015 remake although probably not). A “point break” refers to a type of long-lasting wave that typically forms around a coast with a headland that juts out from the shore. The actual point break is the location where the wave breaks—almost at a 90 degree angle—when it hits this piece of protruding land.

Example: “We have to check out the gnarly waves at that secret spot in Laguna Beach! I heard it has the sickest point break!”

Definition: The act of surfing through a barrel, which means riding your surfboard inside the hollow part of a wave as the water crests above your head.

Example: “I’m gonna grab my GoPro so I can get some sweet pics as I shoot the curl today.”

Definition: A barrel refers to the hollow or hollow-faced portion of a wave that forms as the swell is breaking. Inside the barrel (sometimes called the tube or green room) is exactly where every surfer aspires to ride.

Example: “I had a pretty decent surf today and even got a few nice barrels.”

Definition: To cut in on another surfer’s wave, also known as the quickest way to become the most unpopular surfer on the beach.

Example: “Can you believe he had the nerve to drop in me?”

Definition: Another phrase for wiping out or falling off a surfboard as a surfer attempts to catch a wave.

Example: “Whoa! That dudette just ate it out there. Hope she’s OK!”

Definition: 180 and 360 are terms that refer to the degree of spin a surfer’s board achieves on a particular maneuver.

Example: “I’ve been surfing out here since I was 12 and I’ve never seen anyone stick a 360 air like that before.”

Definition: A particular wave condition wherein the crest of the wave descends over the hollow barrel, forming a pipe-shaped swell.

Example: “She’s an incredible surfer, definitely one of the top ten tube riders in the game.”

Definition: Much like the ever-popular “Cowabunga,” this phrase is another type of proclamation surfers often exclaim as they shoot the curl. (The word is also featured in the name of local Newport Beach eatery, Banzai Bowls, where berries are blended up fresh then topped with bananas, granola, coconut and other healthy treats, making these bowls a highly recommended after-surf snack.)

Definition: Successfully accomplishing extreme and super-sweet maneuvers as one surfs a wave.

Example: “Dave hurt his knee last week but he’s feeling better now so I’m sure he’ll be ripping up the waves at Blackies tomorrow morning.” 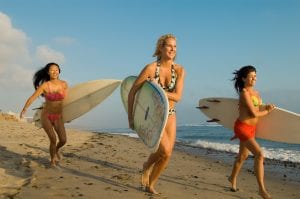 Definition: A close relative to “Banzai,” the more esoteric “Akaw” is an old-school term surfers shout whenever they see a huge, perfectly curling wave coming steadily towards them … or if they’re just shocked by something radical that happens out on the water.

Example: “Akaw! Check out this awesome set heading our way!”

Definition: The condition of the ocean when it is completely smooth, lake-like and without a single ripple, hence, the water appears like glass.

Example: “I woke up early and was stoked to surf this morning but it was all glassy out there today so I left the beach and had a breakfast burrito instead.”

Example: “Sally and Jim just came from Malibu and they told me the waves up there were going off!”

Definition: A wave that is ridden by several surfers at once.

Example: “The surfers in Huntington Beach love to party wave and with ten people in the tube together, they’re crazy good at it, too.”

Definition: Pipeline is not for the faint-of-heart surfers. This classic Hawaiian wave is barreling, intense and knows how to pack a punch. It’s also one of the most photographed and famous types of waves in the world.

Example: “Lola got seriously wrecked while trying to surf Pipeline last year but this year I think she’s going to dominate.”

Definition: A term used to describe someone who walks the surf walk and talks the surf talk but is really an out-of-town tourist who purchases stereotypical surf gear, dresses as if he/she has surfed for years and has never once been on a wave. (Shubee is not something a first-time Newport Beach visitor should ever aspire to be called.)

Example: “He’s a total shubee! I bet he doesn’t even know which way the surfboard goes in the water.”

Definition: A beach condition when the winds blow so hard they cut up the waves in a way that renders them un-surfable.

Example: “Every time summer turns to fall the surf at this beach gets blown out and we have to drive at least 20 miles north to find decent waves.”

Definition: When two people ride together on one surfboard. In Newport Beach, you’ll sometimes find dogs surfing tandem with their owners.

Example: “Check it out … Benji the Bulldog is out in the water riding tandem in some killer waves!”

Definition: This oft-used word can refer to an incredible ride, a positive state of mind or can simply be sprinkled into casual conversation as the mark of a happy surfer.

Example: “The sun is shining, the surf is heavy and the weekend is here. Dude, I’m stoked!”